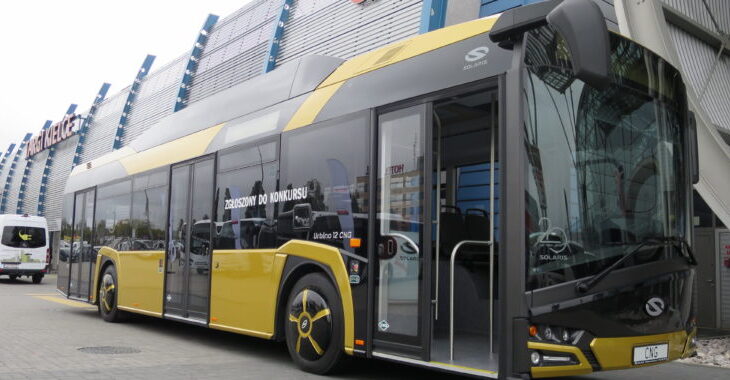 In August this year, TLT named Solaris as the successful tenderer for 100 compressed natural gas buses. The award of this tender was challenged by a competing firm, Scania, whose offer was declared ineligible.

“When a large amount of the taxpayer’s money is at stake, it is especially important for the purchaser to get the best deal,” said Tauno Tark, attorney of the team representing Solaris. “Taxpayers win when the competition is fierce, but competition also needs to be fair and offers must be made on equal terms. Only then can the buyer choose the best deal for the taxpayer.”

Scania’s offer was considered ineligible because, in addition to the cost of the buses, tenderers had to disclose the full cost of using the buses and the cost of non-warranty maintenance and spare parts/materials over 10 years of use. Scania’s offer did not state these costs as requested. Scania did not agree with their exclusion and challenged TLT’s decisions.

“After proceedings at the complaints board, two court instances and an Appeals Selection Committee, it was decided that the contracting authority had done everything correctly from the beginning. These proceedings have only delayed the purchase of economical and environmentally friendly buses for the people of Tallinn for six months,” said Rahel Bersin, the attorney who represented Solaris. “Our client has now started to prepare the agreement with Tallinna Linnatransporti AS and hopes to bring the first 100 gas buses to Tallinn soon.”

Disputes were heard both at the Public Procurement Complaints Board and in the first and second court instances. On the 26th of November, the Supreme Court refused to take Scania’s complaint into the proceeding, which resulted in a positive circuit court ruling – the public procurement of TLT’s gas buses was won by Solaris. The circuit court agreed with Solaris and TLT that Scania’s offer did not meet the specifications of public procurement’s reference documents regarding warranty duration and conditions, which is why TLT decided that Scania’s offer is not legally eligible. Therefore, the district court no longer considered it necessary to resolve the issue of how tenderers had to understand the subject matter of maintenance and spare parts/materials requested in the procurement documents, and whether Scania’s offer was adequate in this regard.

As a result of the successful dispute, Solaris and TLT are today working on the preparation of the procurement contract and predictably the comfortable and environmentally friendly Solaris gas buses will be seen in Tallinn city traffic in autumn 2020.

We are located in Tallinn, the baroque beauty of the Baltic.